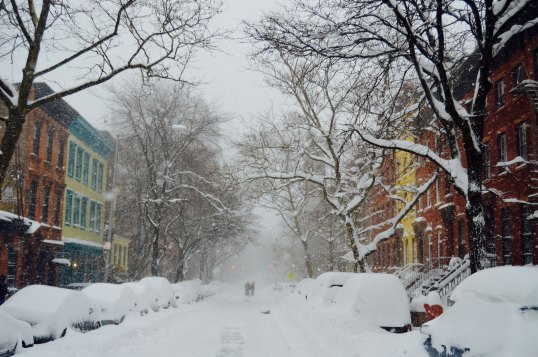 It’s cold here in Wisconsin, and snowy. I’m not one of those who enjoy being outside in winter. So, instead of putting on a pair of ice skates or skis, I decided to stay warm and cozy at my writing desk and find out how some of the best authors describe winter.

There is art to writing descriptive prose. It requires self-control to ensure that every word counts toward moving the story forward. Stephen King said, “In many cases when a reader puts a story aside because it ‘got boring,’ the boredom arose because the writer grew enchanted with his powers of description and lost sight of his priority, which is to keep the ball rolling.”

Notice how the poet and essayist, Donald Hall, used descriptive prose to set this rural scene. 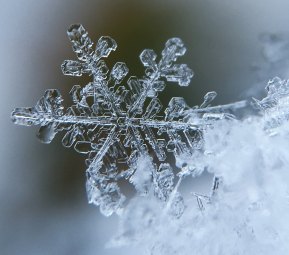 From Seasons at Eagle Pond

They seem tentative and awkward at first, then in a hastening host a whole brief army falls, white militia paratrooping out of the close sky over various textures, making them one. Snow is white and gray, part and whole, infinitely various yet infinitely repetitious, soft and hard, frozen and melting, a creaking underfoot and a soundlessness. But first of all it is the reversion of many into one. It is substance, almost the idea of substance, that turns grass, driveway, hayfield, old garden, log pile, Saab, watering trough, collapsed barn, and stonewall into the one white.

Descriptive prose is like art says W.M. Hunt, a professor at the School of Visual Arts in Manhattan. “When you see birds fly you do not see any feathers, you are not to draw reality, but reality as it appears to you.”

In this excerpt from her memoir, An American Childhood, author Annie Dillard shows how her character perceives a winter scene. 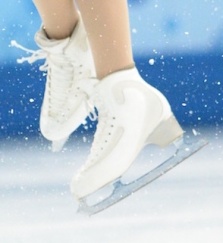 Now we sat in the dark dining room, hushed. The big snow outside, the big snow on the roof, silenced our words and the scrape of our forks and our chairs. The dog was gone, the world outside was dangerously cold, and the big snow held the houses down and the people in.

Behind me, tall chilled windows gave out onto the narrow front yard and the street. A motion must have caught my mother’s eye; she rose and moved to the windows, and Father and I followed. There we saw the young girl, the transfigured Jo Ann Sheehy, skating alone under the streetlight.

She was turning on ice skates inside the streetlight’s yellow cone of light—illumined and silent. She tilted and spun. She wore a short skirt, as if Edgerton Avenue’s asphalt had been the ice of an Olympic arena. She wore mittens and a red knitted cap below which her black hair lifted when she turned. Under her skates the street’s packed snow shone; it illumined her from below, the cold light striking her under her chin.

I stood at the tall window, barely reaching the sill; the glass fogged before my face, so I had to keep moving or hold my breath. What was she doing out there? Was everything beautiful so bold?

Note those last two sentences. Could this winter scene also serve as a plot twist in a work of fiction?

It’s January—the coldest winter month. If you live in the north you either love or hate it. If you live in the far south perhaps you have never experienced snow or the stinging cold of a bleak January day. But as a writer think about how you would describe it.

Study how authors have described winter in their novels and essays. Look out your window or look at winter images, both still and videos. Then sit down and write your best winter prose.

How the Dog Days of Summer Can Supercharge Your Descriptive Writing 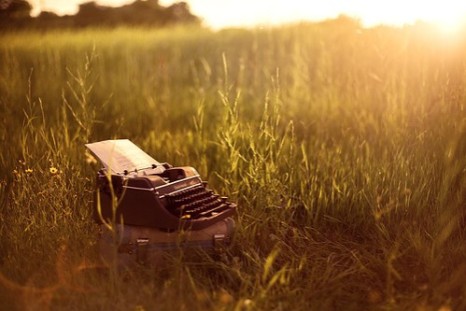 The Dog Days of Summer—
days when heat and humidity reign,
sizzling July days that melt into August.

Don’t waste them allowing your writing to languish. Instead, study the descriptive paragraphs, sentences and phrases found in summer poetry. Think about how words transform into specific moods and pictures. Then apply what you learn to your works in progress.

Here are a few examples. 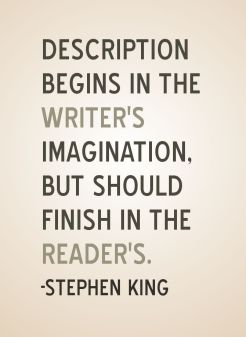 It’s like living in a light bulb, with the leaves
Like filaments and the sky a shell of thin, transparent glass
Enclosing the late heaven of a summer day, a canopy
Of incandescent blue above the dappled sunlight golden on the grass. 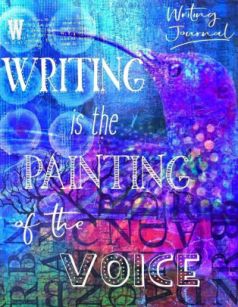 Discover how Phillip Lopate uses a loaf of bread to describe layered city sounds in “The Last Slow Days of Summer” .

I’m lying on the grass, listening to city sounds.
They come to me in three-dimensional form,
Like a loaf of Wonder Bread. Baby carriages squeak
Near the middle. Cars humming through Central Park,
Somewhere near the back of the loaf.
What sound would be the end-piece, the round brown sliver?
The unzipping of airline bags.
Or a glove thwacked
By a rookie pitcher who falls apart
In the eighth inning.

(“The Last Slow Days of Summer” from At the End of the Day: Selected Poems and an Introductory Essay, copyright © 2009 by Phillip Lopate.)

In his “Summer Song” William Carlos Williams describes the moon fading on a summer morning and then adds himself to the scene.

Wanderer moon
smiling a
faintly ironical smile
at this
brilliant, dew-moistened
summer morning,—
a detached
sleepily indifferent
smile, a
wanderer’s smile,—
if I should
buy a shirt
your color and
put on a necktie
sky-blue
where would they carry me?

(This poem is in the public domain.) 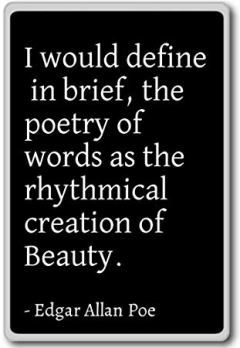 And, finally, study poet Mark Strand’s character description in “My Mother on an Evening in Late Summer”:

When the moon appears
and a few wind-stricken barns stand out
in the low-domed hills
and shine with a light
that is veiled and dust-filled
and that floats upon the fields,
my mother, with her hair in a bun,
her face in shadow, and the smoke
from her cigarette coiling close
to the faint yellow sheen of her dress,
stands near the house
and watches the seepage of late light
down through the sedges,
the last gray islands of cloud
taken from view, and the wind
ruffling the moon’s ash-colored coat
on the black bay.

Make time during these Dog Days to read and study more summer poems. You’ll find them online at:

The Academy of American Poets

A reminder: In narrative writing use descriptive language sparingly and with good judgement. Keep it in your writer’s “toolbox” as a technique for advancing plot, character and theme.

Tagged as descriptive writing, How the Dog Days of Summer Can Supercharge Your Descriptive Writing, Something to Write Home About

How Autumn Can Supercharge Your Descriptive Writing 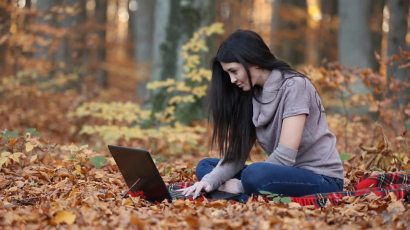 Autumn is the best time to sharpen your descriptive writing skills. Stop whatever you’re doing! Follow this advice from poet Elizabeth Barrett Browning. Grab a notebook and pen, get outside someplace quiet, and write.

Go, sit upon the lofty hill,
And turn your eyes around,
Where waving woods and waters wild
Do hymn an autumn sound.
The summer sun is faint on them —
The summer flowers depart —
Sit still — as all transform’d to stone,
Except your musing heart.

Let these poems guide you. Think about how the words transform into pictures and create specific moods. 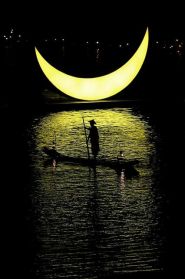 Li Po, known as a poetic genius, lived in China during the Tang Dynasty. He wrote many of his poems while wandering the Yangtze River Valley. In this short poem, carefully-chosen words create a powerful image.

Autumn River Song
The moon shimmers in green water.
White herons fly through the moonlight.
The young man hears a girl gathering water-chestnuts:
into the night, singing, they paddle home together. 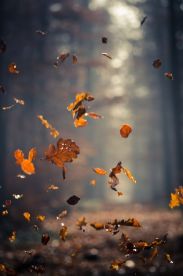 The 20th century Austrian poet, Rainer Maria Rilke, is well-known for his lyrical style. Notice his use of comparisons.

Autumn
The leaves are falling, falling as if from far up,
as if orchards were dying high in space.
Each leaf falls as if it were motioning “no.”

And tonight the heavy earth is falling
away from all other stars in the loneliness.

We’re all falling. This hand here is falling.
And look at the other one. It’s in them all.

And yet there is Someone, whose hands
infinitely calm, holding up all this falling. 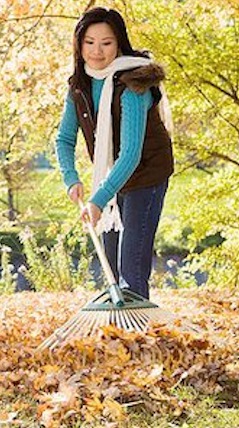 And, finally, study this poem by the contemporary British poet, Michael Shepherd. How do all five senses combine to create an image for readers?

Autumn Gardener
Gathering rosebuds with my rake;
the wooden tines scraping
over the gravel path
bringing a token of order
to the autumn of a life;

rosebuds, nipped at the neck
by frost; dead leaves
curled like begging or covetous hands,
coloured like rich memories, red, orange, brown,
dry husks, spilt seed,
now crisp, eager to surrender to the fire,
its scented smoke curling like a pyre against
a cold blue sky now welcoming
a tidy offering up;
how clean, how sharp the autumn air 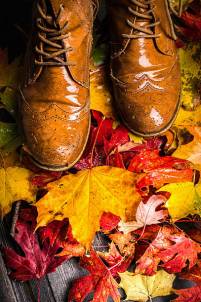 darker under the trees
the leaves still wet
limp and flat as hope defeated,
pressed together as
words not meant, or
something missed;
next year the leaves
will remember innocence,
the tree broader, eager,
brown as wisdom tipped with exploratory green.

gathering rosebuds with my rake
the season with its woodsmoke, evocative,
tempting to metaphor, hovering,
a garden of lost meaning;
no longer, this cooling autumn, a construction,
but speaking its own seriousness.

how clean, how sharp the autumn air
scented by surrender.
(© Michael Shepherd)

Don’t let autumn slip away.
It’s like a fire burning hot, awakening the senses,
fueling the desire to write.
But . . . it won’t last forever.