Five Ways to Break Out of a Writer’s Slump

Are you a discouraged writer?
It’s a rocky road to publication. But today is a new day! You can wipe the slate clean and begin again with a fresh and positive attitude.

Try these unique ways to break out of your writer’s slump.

1. Embrace Kindness.
Pick up a bunch of cards at a dollar store. Write encouraging poems or messages inside. Then drop them off at a rehabilitation center or hospital for the staff to distribute to patients. When you write, be creative. Focus on encouragement with a touch of humor.

2. Practice Compassion.
Think of someone you know who is going through a tough time: an illness or death in the family, caring for an elderly parent, a divorce, financial trouble . . . Write a compassionate letter to that person and send it or deliver it in person. Take your time with this one. Sharpen your revising skills.

3. Stand Up for Justice.
Think of a topic that makes you react strongly: politics, religion, social justice . . . Craft and send an opinion editorial or a letter to the editor of a newspaper. Before you write ask yourself, “How can I write to persuade and not offend?”

4. Encourage Others.
Start a writer’s coffee group. Meet over coffee to ask for help, offer hope and listen with your heart. Take a fresh approach. Instead of meeting to critique each other’s writing, meet to share information about the business of writing: proposals, agents, markets, self publishing . . . Share what you’ve learned and work for the common good—Not just getting published, but also staying encouraged through the process.

5. Be Good to Yourself.
Squash that little voice inside that says, “You’re not a writer. You might as well quit.” Imagine: If that voice were a despicable character in your novel how would you get rid of him or her? Hold that image in your head whenever you think that you can’t write.

Love yourself, stay positive,
AND
Be the kind of writer that you want the world to see.

5 Authors Who Published After 50—You Can Do It, Too!

Have you always wanted to write but never seriously pursued it? Well, it’s never too late. Seriously!

Children’s author Mary Alice Fontenot was 51 when she wrote the first book in her popular children’s book series, “Clovis Crawfish”. She added 17 more books, writing until she died at age 93.

Laura Ingalls Wilder penned the first of her “Little House” books when she was in her mid-60s. Wilder’s first attempt at writing about her life came in her 50’s when her autobiography, “Pioneer Girl” was rejected by publishers. She kept reworking her idea and finally decided to tell the story in the third rather than first person. From those years of editing and rewriting came Little House in the Big Woods. Laura Ingalls Wilder wrote the last of the nine “Little House” books when she was 76-years old. 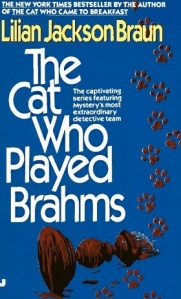 Lilian Jackson Braun found success at age 73 with her best-selling “The Cat Who” cozy-mystery series which centers around the life of former newspaper reporter, James Qwilleran, and his two Siamese cats, Koko and Yum Yum. Braun published 29 Cat Who books before her death at age 97.

And it’s not just book series that older writers have had success with. Some aging authors hit the mark with their debut novels.

Frank McCourt was 66-years old, and a retired teacher, when he published his best-selling memoir, Angela’s Ashes. It won a Pulitzer Prize, and he went on to write two more memoirs, ‘Tis and Teacher Man, before he died at age 78. 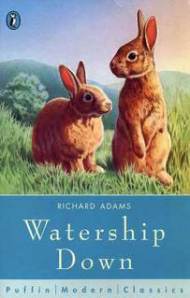 Richard Adams was 52 when he wrote  Watership Down, a novel based on stories he told his daughters during a car trip. The book became a modern-day classic, and then Adams, who worked for the British Civil Service, quit his job to write full time. His new-found career led him to serve as Writer in Residence at the University of Florida and Hollins University in Virginia. He is currently 94-years old.

Late-bloomers are often successful and some find fame on the New York Times Bestseller List. It might  surprise you that the average age of those who reached the top of the hardback fiction section of the list (1955-2004) was 50.5 years.

So, if you have always wanted to write but haven’t pursued it seriously, then get going! Right now. It’s never too late.

Tagged as writers over 50

If you follow my Facebook author page you know that I post links to interesting articles about writing. The Steve Laube Agency is one of my favorite sources.

Last week, Laube posted an article, “Handling Disappointment,” in which he explains how he counters feelings of disappointment and rejection. He uses Abraham Lincoln as an example of one who persevered.

During the 26 years before he was elected President, Lincoln:

Was defeated for state legislature,

He had nervous breakdown,

Was defeated for nomination for Congress,

Was rejected for land officer,

Was defeated for U.S. Senate,

Was defeated for nomination for Vice President,

And was defeated again for U.S. Senate.

Of course, there were some successes mixed in with his disappointments, but Lincoln’s journey to the Presidency was very similar to a writer’s journey toward success. He didn’t give up. He looked forward with faith toward success, yet unseen.

If these authors had given up, we would have missed out on some of their best work:

Louis L’Amour, author of over 100 western novels – over 300 rejections before publishing his first book

Ray Bradbury, author of over 100 science fiction novels and stories – around 800 rejections before selling his first story

The Tale of Peter Rabbit by Beatrix Potter was rejected so many times that she decided to publish it  herself.

We writers are sometimes knocked down by rejection letters, editorial changes and uncomplimentary reviews, but somehow we find the will to keep going. Are you facing disappointment today? Don’t give up! Success is on the horizon. Just keep moving forward with faith.